“He found he was a man who repented almost everything, regrets crowding in around him like moths to a light. This was actually the main difference between twenty-one and fifty-one, he decided, the sheer volume of regret.”

“The way I feel about him is like a heartbeat — soft and persistent, underlying everything.”

“Leah.’ Mom shakes her head. ‘You’ve got to stop doing this.’

‘Burning everything to the ground whenever something goes wrong.”

“There is only one way to discover the truth about dying, death and being dead and that is to do it, which we will all get round to eventually. I only hope I am ready and have my bag packed for the big adventure.” 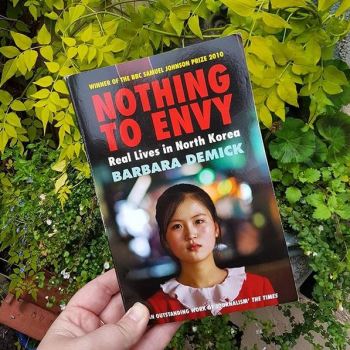 “As Mrs Song would observe a decade later, when she thought back on all the people she knew who died during those years in Chongjin, it was the “simple and kindhearted people who did what they were told– they were the first to die.”” 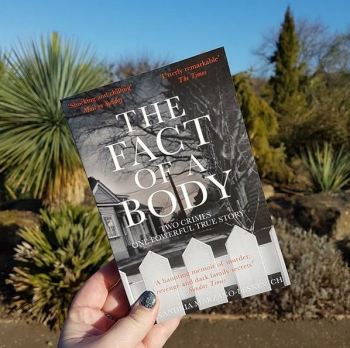 “I have come to believe that every family has its defining action, its defining belief. From childhood, I understood that my parents’ was this: Never look back.”

Apologies in advance, this entry is going to be looooong. 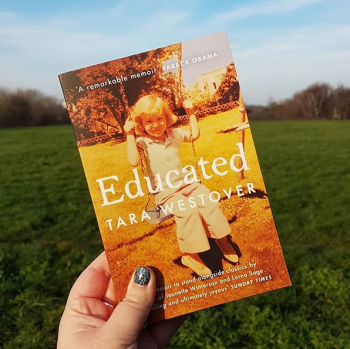 “I could tolerate any form of cruelty better than kindness”

A personal rant, for your pleasure:

A bit of an off note to end on, but when I posted the above photo to Instagram, I captioned it with a (very brief summation). Here’s a snippet:

…Much has been said about her unusual upbringing (including some complaints on GR that it wasn’t unusual enough, FFS). But what’s really at the heart of the memoir is the complexity of familial love and the power of personality, faith and mental illness.

Then a few weeks later, I got a slightly irritable comment from someone who disagreed with that (very brief) summation. Apparently I had misled them based on that single sentence summary – they seemed to have taken great offence to the fact I hadn’t referred to the abuse in the book and failed to mention it in the caption. I responded to say that I didn’t think I was being disingenuous for doing so, and I stand by that second sentence above. They responded that I was being misleading, and that made me angry.

I’m not a professional reviewer, I’m not getting paid to post on IG, I’m not being paid to promote anything, I’m not part of anyone’s PR. This blog, and my Instagram are just little opportunities for me to be reflective and creative. While I’m also happy to engage in some friendly debate over books (we’re all going to like different things, obviously), it got weirdly confrontational and accusatory quite quickly. Almost as if the commenter thought I was defending the abuse. So, feeling the familiar rise of panic and anxiety, I made the swift decision to just exit the conversation and block the user.

Although I’m uneasy about shutting down the discussion, I can’t let myself feel guilty for prioritising my mental health. I know I would have fixated on the negativity for some time, and spun off into a spiral of intrusive thoughts. Perhaps I’ve been a little naive – with only 400-odd followers, it hadn’t occurred to me that someone might buy or read a book based on my comments. Maybe that’s something I need to bear in mind in future. On the other hand, the content of this book has been well publicised and (rightly or wrongly) I don’t feel it’s my responsibility to copy/paste plot synopses in my IG captions. It’s boring, I find it unhelpful when other people do it and the information is better written elsewhere.

For me, the heart of Educated is Westover’s relationship with her family – you are welcome to disagree with this, but that was my reading experience. The abuse she suffered at the hands of her brother and father is desperately cruel: the physical, the psychological, the emotional. That is clearly a formative part of her life, and, in effect, drives her ‘education’. It’s also hugely at odds with the fact she clearly loves her family and many of her reflections try to reconcile both of theses realities.

But as I tried to point out to the angry commenter (and mentioned in the original caption), the abusive behaviour is compounded by many things: undiagnosed mental illness, the power of personality, the power of faith, and even US politics all had a role to play in the development of their family dynamics. It feels like a perfect storm and Westover covers all of this in her writing: I’m not reading into anything that wasn’t already in the text.

I’m not excusing the behaviour of her abusers and nor does seeking an explanation for it diminish the severity of what happens to her. As Westover herself says, she is convinced that much of what her father did was driven by his love for his family, however misguided. Neither am I buying in to the language of the abuser here, just to be clear, but merely reflecting the author’s own feelings:

“You can love someone and still choose to say goodbye to them,” she says now. “You can miss a person every day, and still be glad that they are no longer in your life.”*

As an aside, I also feel like lingering on the abuse fetishises it. I’m not keen on how it is used to market memoirs, so I decided not to do that in that original caption. To me, she is much more than a product of what happened to her and she shouldn’t be defined be it. Even without the abuse, her achievements are extraordinary and her determination to understand and explore the world is remarkable. I simply feel that her story is bigger and more complex than “girl gets abused by religious family, gets herself a formal and spiritual education”. I feel it does her a disservice to believe otherwise.

So, while I may be sorry, on reflection, that my single sentence might not have encompassed the whole book (sarcasm intended). I still stand by the fact that familial love is complicated, especially in instances of abuse, control and fundamentalism. It’s still possible to love someone in spite of their behaviour. People’s capacity to forgive is on a spectrum, and Westover’s capacity is hers and hers alone – I make no judgment here.

*this quote was pulled from here but is all over GoodReads as a quote from the book. As I’ve loaned my copy out, I can’t check for page numbers etc. so this placeholder will need to do for the meantime.

“Where in the world might you find such a garden, such a den of evil magic, where cries of pain and sadness were wrenched from the mouths of its people and distorted into laughter?” 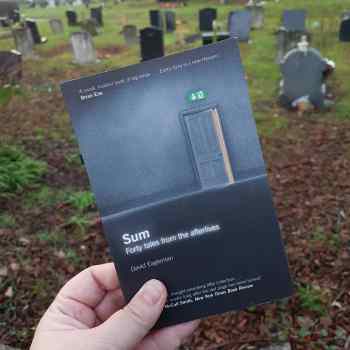 “The missing crowds make you lonely. You begin to complain about all the people you could be meeting. But no one listens or sympathizes with you, because this is precisely what you chose when you were alive.”

Stiff upper lips and getting on with things were all very well, but sometimes there was nothing to do but admit that things were quite simply awful.